Zoho CRM Plus – Should It Be On Your Shortlist? 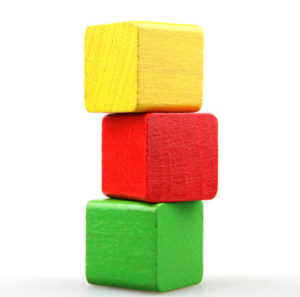 This past week, I attended the first day of Zoho’s 2017 Zoholics Sales & Marketing Conference to learn more about the company, its applications and leadership’s vision.

As a company that provides CRM strategy and selection services, we are always keeping our eye out for potential shortlist candidates for companies that are considering a new CRM system.

CRM Switch works with our customers to determine which CRM vendors should be on the shortlist, based on the requirements that we’ve jointly gathered, assembled and prioritized.

Most of the companies that engage us have moderately to highly sophisticated business requirements. As such, the shortlist vendors that we collaboratively decide on need to have a set of key capabilities within their offerings. Among these are:

Zoho is headquartered in Pleasanton, California. Sales and marketing is based in Austin, Texas. Most of the company’s employees are in Chennai, India.

Here are a few facts about Zoho that were presented at the 2017 Zoholics Sales & Marketing Conference:

The 37 apps range from CRM to accounting to HRM to an online spreadsheet app.

According to Zoho’s Chief Evangelist, Raju Vegesna, some people have said that Zoho “is crazy” for having that many apps.

Vegesna stated that the method to their madness is to be “the operating system for business”, as their website’s headline states. Zoho does eat their own dog food. Vegesna declared, “Zoho runs on Zoho.”

The applications do not run on a common database schema, but Zoho has created internal integrations among most of the apps.

One of Zoho’s fastest growing apps is Books, a QuickBooks equivalent. Zoho’s Creator app has been used to develop 1.5 million custom applications.

Zoho has bundled their apps into three suites: CRM Plus, Workplace and Finance Plus.

What’s Included In Zoho CRM Plus

Zoho CRM Plus includes ten apps. The cost is a competitive $50 per user per month when billed annually — and $60 when billed month to month.

Zoho Campaigns has traditionally been an email marketing system. However, Zoho is introducing marketing automation functionality into the product. The functionality that was demonstrated at Zoholics appears to be closer to that of an ActiveCampaign than a HubSpot or a Marketo.

Because Zoho does so much natively across their many applications, they arguably don’t have as compelling a reason to focus on developing an ecosystem as do other CRM vendors.

It’s worth pointing out that Zoho CRM has an AI component called Zia. As with other CRM vendors, it’s still early in the game for AI. Zoho founder and CEO Sridhar Vembu said that Zia is like a 4 or 5 year old kid that will keep learning. Vembu also stated that with AI, “the more inputs, the better.” Clearly, Zoho has a lot of potential input points.

The two other suites offered by Zoho are Workplace and Finance Plus. Zoho considers their Docs app, part of the Workplace bundle, to be better than Microsoft Office 365 or G Suite.

Zoho does seem to be at a point at which its apps, in combination, can address sophisticated business requirements. For many companies that are looking into a new CRM system, Zoho CRM Plus is a viable shortlist candidate. Get the CRM Buyer’s Cheat Sheet