Low CRM Adoption by Salespeople: The Quest for a Cure 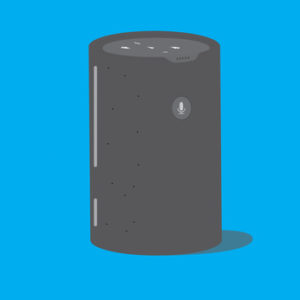 CRM adoption by salespeople is generally better than it was in the era when client/server systems dominated.

The advent of cloud-based CRM systems made it easier for salespeople to access customer and prospect information from anywhere and from any device. Mobile device access has continued to improve over time.

However, the world continues to ring with complaints about CRM under-adoption. While salespeople are not the only culprits, they are the most oft-mentioned offenders.

Just as the finance team will use any ERP system that’s handed to them, support techs generally have no problem “living in CRM” no matter how clunky it might be.

However, most sales leaders will tell you that they have “some pockets of resistance” to even the world’s ostensibly most popular CRM system (Salesforce).

The biggest issue with under-adoption is that, with a loaded annual per user cost of CRM that’s sometimes in the thousands of dollars, money has been thrown away.

The nature of salespeople is not going to change. However, the man/machine interfaces available to salespeople can and are being changed.

Here are a few of of the ways that the CRM industry is attempting to increase overall CRM adoption.

One solution taken by CRM vendors is to make CRM much easier to use. An extreme example of simplicity that just came to our attention is an app that’s simply called Simple CRM System.

Simple CRM System makes CRM as easy as using a spreadsheet in a basic way.

Of course, the downside to a super simple CRM system is that it doesn’t have to tools to handle more complex business requirements.

Many salespeople don’t live in CRM, but they do live in email. The theory goes that if you make a large part of the CRM system accessible within email, adoption will go up.

Cirrus Insight is an app that keeps raising the bar as to how much of Salesforce can be accessed within Gmail or Outlook. A salesperson can create a Lead or a Contact from an inbound email. A salesperson can search for and edit any CRM record.

ProsperWorks is an example of a CRM system that’s largely accessible within email (Gmail only) without the need for a third party add-on. ProsperWorks natively provides functionality similar to what Cirrus Insight offers for Salesforce users.

As I’m writing this post, I’m seeing a press release from Pipeliner CRM announcing something similar.

Microsoft provides a number of permutations and combinations for server side and client side email integration for access to CRM from within email.

The most novel approach is part of what Tad Travis of Gartner calls the third wave of sales automation.

One example of a VDSA is Tact, which among other things provides the ability for a salesperson to interact with Salesforce by voice using an Amazon Echo.

Could interacting with ProsperWorks via Google Home be next?

It’s a virtual certainty that CRM vendors and startups will continue to throw technology at the sales user CRM adoption problem. At some point, salespeople may even interact with CRM as much as customer support staff do.